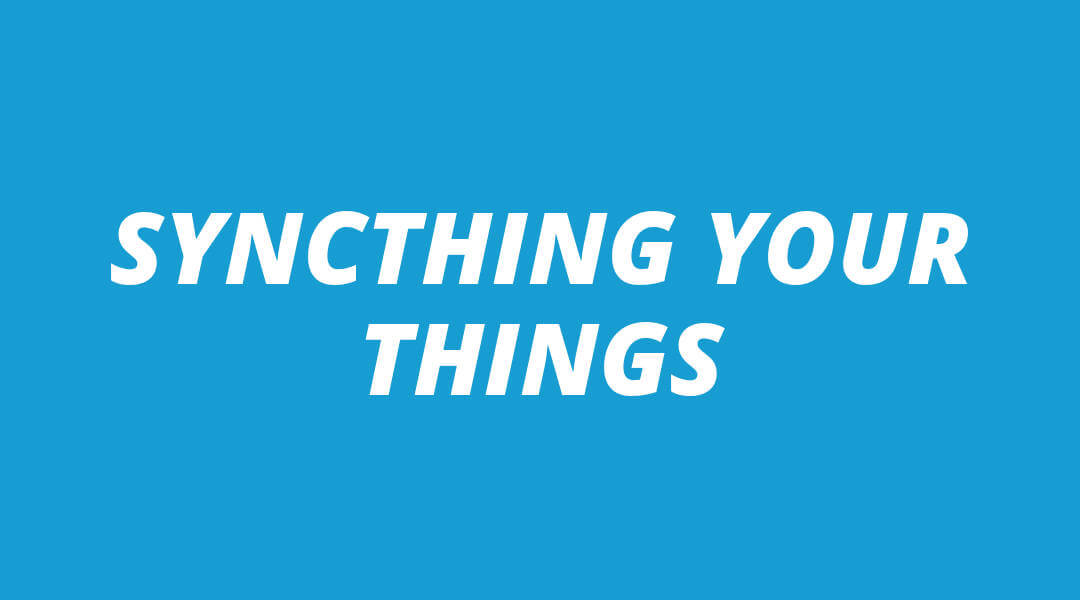 Category: else
A 2 Minute Read

I recently rebuilt my home server, and with it I changed my system for file synchronization. Previously I had been using Owncloud, but it had a few nagging issues which prompted me to look elsewhere (desktop client bugs, heavy resource use on large syncs, etc). After looking around at things like Seafile, and even elaborate Rsync scripts, I finally settled on Syncthing.

If you’ve read my article on BitTorrent Sync, Syncthing is almost the same, with the primary difference being it’s open source. For those who don’t know about either, BitTorrent Sync and Syncthing are essentially programs which synchronize your various devices without any ‘cloud’ in between. For example, when you sync with Dropbox, your files end up on Dropbox’s servers. With these programs, however, the files [can] go directly from one computer to another, without any middle-man.

Thus far it has worked fairly well, with resource usage being significantly less than that of Owncloud, which also means better battery life on my laptop. It allows quite a bit of customization, and sync speeds tend to be fairly quick.

One minor issue I’ve had with it so far though is the versioning system. It doesn’t seem to make versions as often as it should, which is a shame considering how great the settings are for versioning. Syncthing allows you to make versions based on time intervals, or just a set number of changes. Hopefully this gets tightened up, but its understandable considering that Syncthing is still in its early days.

So would I recommend it? I would, but I’d just warn you not to bet your Bitcoin Billions on the versioning system. I’ll keep this post updated if anything goes wrong, but thus far it seems a good lightweight solution for keeping synced-things.