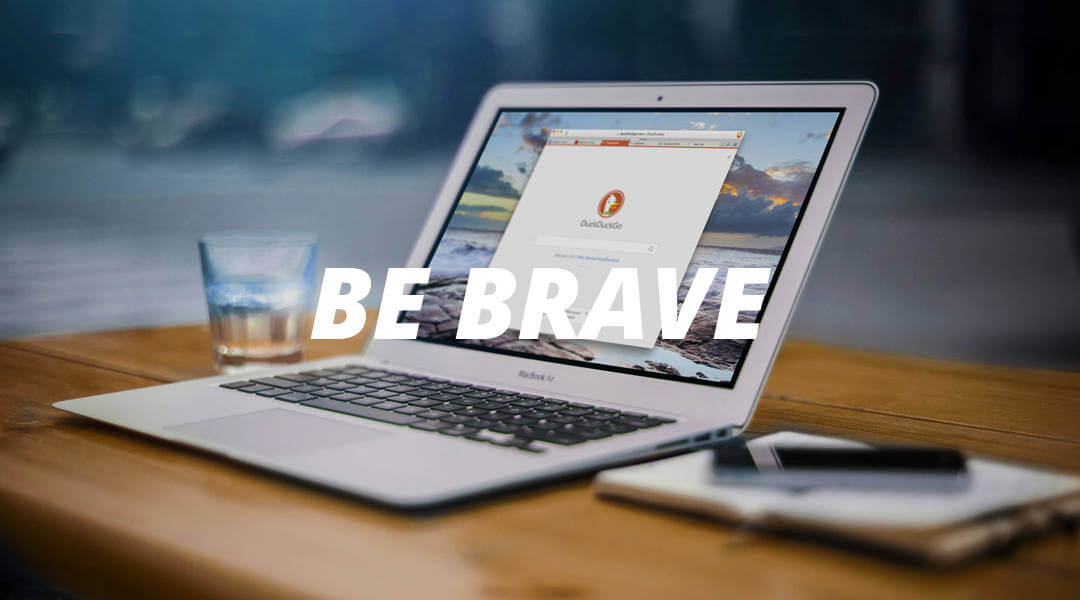 I want you to use the Brave browser. Scratch that. I really want you to use the Brave browser. Why? To start, because I’m selfish. Indeed, as a small-scale publisher who doesn’t believe in using third-party, privacy-crushing advertisements, you using Brave actually helps me make money. But even if you don’t care about appeasing my selfish capitalistic desires, you should still use Brave because it’s genuinely a better, more private browser than its competition.

Preface: The Formula of The Internet

The internet largely revolves around the following model: the user, through a browser, navigates to the website of a publisher (content creator) they enjoy. The publisher, wanting to make money, puts ads on their site using a large advertising network. The ads load in the users browser, and the publisher gets paid without the user having to pay. Great, right? Not really.

First, the ads that large ad networks often serve actually contain malware, creating a significant security concern right off the bat. Second, the advertising network can track the user over many different sites, and can build a profile about their interests and behaviours. Third, and largely due to the first and second, users have begun to block ads in great numbers, meaning the publisher doesn’t even get paid. While other browsers take a neutral approach to these problems, Brave instead attempts to solve all three of these issues.

Instead of just loading any ad that an ad network gives it, as other browsers do, Brave blocks ads by default. This not only protects against malware, but also prevents the extensive tracking that advertising networks perform.

Soon, however, instead of blocking ads outright, Brave will replace those potentially harmful ads with its own malware-and-tracking-free ads. The way this works is that instead of a third-party ad-network tracking the user’s behaviour to serve relevant ads, Brave tracks the user itself, and in more detail, before pulling down an ad from its network. This sounds worse at first, until you realize that it creates those detailed profiles locally; no data about your interests or behaviours is ever sent outside of your computer. This way you get more relevant ads without third-parties knowing every site you visit, and without downloading malware.

There’s still a missing piece of this puzzle: if Brave is replacing ads on the publisher’s site with its own, how does the publisher get paid?

There are two ways that this happens. First, Brave will send a significant portion (55%) of the money it gets from advertisers purchasing ad space on its ad network to the publisher in the form of Bitcoin. To fund Brave’s development, it will keep 15%, and 15% will be sent to its ‘ad partners’ (this is a bit ambiguous). However, 15% will also go to the user who puts up with seeing the ad, again using Bitcoin and a wallet that is built into the browser. Of course, all of these transactions are extremely small, but can add up to a significant sum. These tiny but numerous payments are known as micropayments.

Alternatively, if the user chooses to block ads entirely but still wants publishers to get paid, or if the user just wants to donate a bit extra to the publishers they enjoy, then they can load Bitcoin into Brave’s built in wallet and set a monthly amount that they would like to be donated. Depending on how much time they spend a given publisher’s website (as measured by Brave), a fraction of that monthly allowance will be automatically delivered to the publisher.

We’ve already touched on how Brave improves privacy by blocking malicious and privacy-invasive ads by default, but Brave has a couple of other tricks up its sleeve to improve privacy. The first is default incorporation of HTTPS Everywhere. This helps ensure that you use web encryption whenever it is available, but if you didn’t already know that then I’d recommend giving my HTTPS Everywhere guide a read.

Finally, in almost every test I’ve seen that compares Brave’s website load speeds to other browsers’, it comes out on top. This is because Brave doesn’t load third party ads, and as a result there’s far less content to download. In terms of rendering speeds, in most tests it comes very close to Chrome, faster than Firefox, and trounces Internet Explorer.