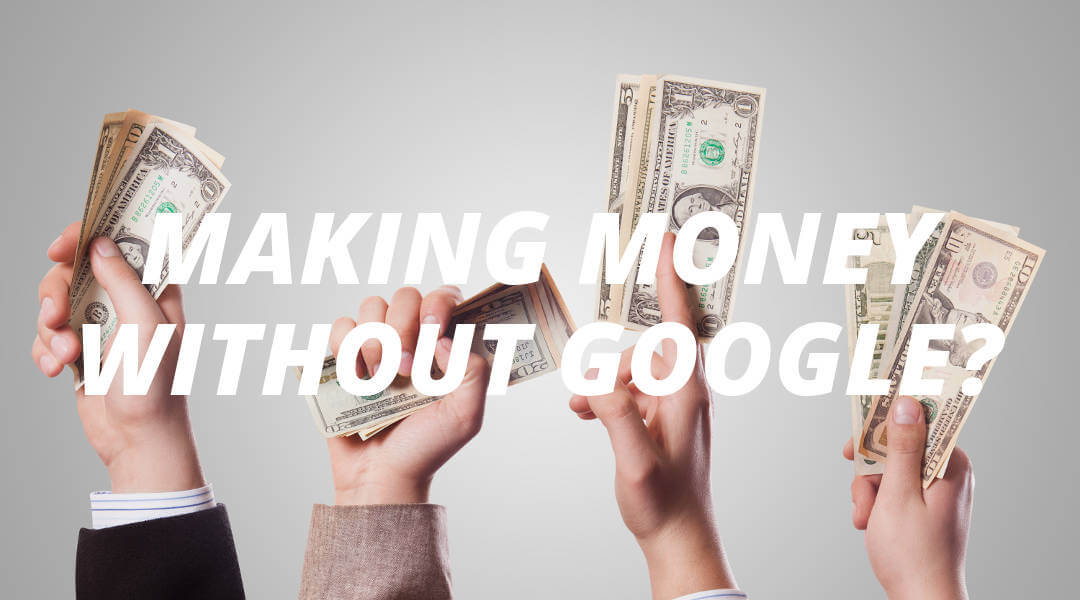 Content monetization strategy is a topic that has been cropping up more and more often. On Tuesday, the Elementary OS project put out a blog post explaining why they make you type $0 as a donation amount when downloading the distribution. Here they shame their non-paying users to a degree, which has garnered them quite a bit of backlash, especially as their software rests on massive projects like Debian.

Personally, I’m not a fan of the move and think that their outreach and marketing is terrible, but at the same time I do understand their desire to get paid so that the developers can, well, eat. The problem rests in their business strategy, because ultimately if they expect to get paid then they shouldn’t put their software out for free.

Simultaneous to this Matt Green wrote an excellent post titled, “How Do We Pay For Privacy”, wherein he explores the various ways in which privacy-related projects (don’t) get funding. He lists six primary sources of funding today, which include:

While he goes on to suggest the need for a central organization to be constructed, I can’t help but think about my own situation which lies in between these two cases.

I’d like to start by saying that this post isn’t meant to be a rant about not getting paid. I don’t charge for my content, therefore I don’t expect to get paid. I also admit to not paying for the content that I enjoy very often either (the image I used in this post was Creative Commons), so I don’t come from a very strong position to expect payment anyways. Any money that I do make is icing on the cake, but I won’t deny that I do like icing, so I’ve been thinking for a while about how to get a bit more of it without undermining my audience.

The problem that this site falls into is that most of the monetization models for web content is centered around advertising through the likes of Google. Of course these ad systems are almost always packaged with extensive user tracking, which is at odds with the very purpose of why I run the website. Therefore, the question I want to explore is how do privacy-focused websites make money without selling out their audience?

This is probably one of the best ways for those focused on privacy to make a few bucks, and although there is some degree of surveillance involved it is minor compared to traditional monetization strategies. That being said, for me at least it still generates a fraction of what the traditional advertising model would have, as it relies on users actively going out of their way to assist you, which is an expectation that’s not very fair to have.

###2. Donations and Tips In principle this is the best model as it requires the least user tracking. In practice it doesn’t generate much revenue unless there is some major or highly regarded site in crisis mode. While Flattr and Bitcoin are great ways to try and encourage and facilitate tipping, it ends up being a worse model than affiliate programs simply because the user is tangibly losing something, whereas with affiliates they’re either remaining neutral or, in some cases, gaining something.

Patreon is another very compelling system, but isn’t very suited for those who make irregular content (even though that content may be fairly evergreen). Out of the variety of donation systems however, I do like Patreon the most as it is a consistent revenue stream and allows the content creator to throw some minor value-adds to those who contribute, while still leaving the core of their work to be free.

###3. Selective Advertising Partnerships This is something that Jupiter Broadcasting does excellently. By finding individual sponsors, vetting their product, and working out an advertising deal the surveillance model of traditional advertising can be largely bypassed.

For example, instead of embedding some code which generates targeted advertisements based on Google’s profiles, a simple image from an appropriate company that is related to the content itself can be embedded into the site. From this, the advertising agreement could be based on number of clicks (which has the capability to preserve privacy the most), or by impressions. I’ve seen some strategies base it on the number of unique visitors per month divided by ten, which also seems sensible.

A subsect of this is sponsored posts, where instead of sponsoring the entire site the content creator and the sponsor agree to a deal on a specific piece of content on which the advertising will be based. From what I can tell these deals are usually a lump-sum of $XX for the post, which works out great for content which quickly fades in time, but isn’t so great for evergreen content that lasts longer.

Nevertheless, I’ve been considering this route recently, as there are quite a few services which I’d promote anyways. Moreover, so long as advertisements are chosen and placed sensibly they actually can be a value ad rather than an annoyance, at least to some users. This model also avoids the growing problem of malware being placed in Google’s advertising system. All around I think it might be the best option as long as it is done right.

###Conclusion In the end there’s no one solution. I think that all three have to be employed to get any decent amount of cash. Of course, there’s always some people who make thousands off of just one strategy, but in general I don’t it’s feasible for most people.

I’ve restrained from putting up any of my own numbers throughout the post to avoid seeming like I’m whining and asking for cash, again I don’t expect any. I’m just trying to unpack how the privacy conscious can get a little change on the side, and numbers do reveal some degree of context from which I’m writing. So, over the past 365 days I’ve seen 73,723 visitors, and 125,750 pageviews. From February 1-11 2015 I’ve averaged 473 visitors a day, and 845 pageviews a day, which sets a pace for 172,000 visitors and 308,000 pageviews in 2015 (though this is continually growing).

In terms of revenue made since I founded the site in September of 2013, I’ve made $30. $25 was made from a Digital Ocean referral, $5 was made from Bitcoin tips. This is why the selective advertising partnership model is appealing to me: my pageviews aren’t bad for a blog, but the revenue has been meagre. Of course I won’t deny that this may very well be because of a lack of quality or value from the content, as nobody can expect to make money if they don’t offer something valuable in return. Nevertheless, I’m hoping that in the future more monetization strategies are designed which aren’t based on a surveillance or paywall model. Any step towards this would be a huge benefit for the web overall.