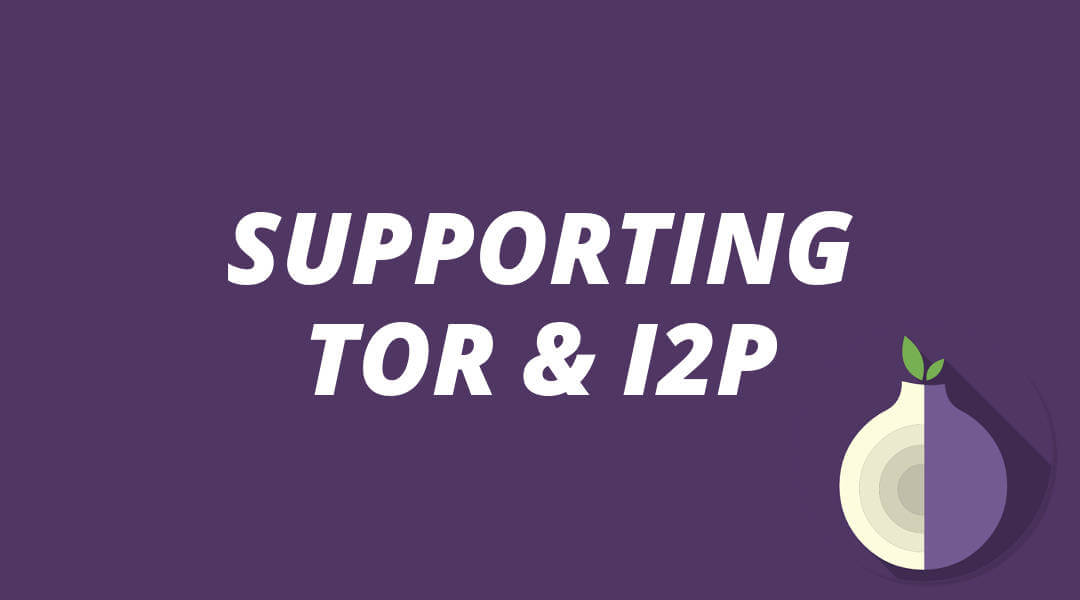 Why I Support Tor and I2P

‘The Darknet’: an underground cacophony of criminal activity, where fiber optic cables transmit a buzzing white noise of narcotics and pornographic material, all of which is protected under the veil of the most arcane techno-black-magic-munition, cryptography. Indeed, the media has painted anonymizing networks such as I2P and Tor as the monolithic embodiment of Cthulu itself, with those who support such systems reeking of anarchist sympathy, pedophilia, and black-market heroin. It’s unfortunate that such a stigma lingers around hidden services and eepsites, as it creates a contradiction which often goes unnoticed. That is to say that while we in the West are conditioned to believe that we live in a liberal democracy that constitutionally protects privacy, we are simultaneously inculcated with the idea that anonymity and privacy are the tools of criminals, and thus, the enemy.

Many of us who support anonymizing systems have experienced this contradiction first hand, as it is not uncommon to have those negative connotations projected upon us. Media hype around stories like The Silk Road has led a few of those around me to assume that I participate in a black-market, simply because of my use of Tor, when in fact I have never even visited the site. Others have assumed that my support of I2P must mean that I illegally download and redistribute pirated music and movies. These assumptions, however, could not be further from the truth.

In fact, it should be said that I do not care about The Silk Road, or Agora, or whatever new market pops up. Nor do I have any passion for piracy. I do not operate Tor relays to acquire cocaine, and I do not run I2P routers to download Game of Thrones. I participate in these networks because I believe in the fundamental property which they provide: agency.

The rapid rise of the internet, and its spread to near ubiquity through WiFi, 4G, and smart-phones, has led to a world where those who do not participate in it are at a disadvantage. The internet not only provides vast libraries of information, it nearly abolishes the limitations of physical distance in communication. It has revolutionized the way we live, and those who either fail or refuse to embrace these benefits will remain socially, economically, and technologically crippled relative to their peers. Of course, on its own this provides little reason to support anonymizing networks. But when we introduce the idea that much of the internet is built upon a business model of mass surveillance the problem becomes much more clear, for today in the developed world we are presented with a choice: to be empowered by accepting surveillance, or to be crippled by retaining privacy.

‘The Darknet’, however, provides us with the possibility of a third option: to be empowered by mathematically induced privacy. By rejecting the surveillance business model through the implementation of strong cryptography and the creation of anonymizing networks, we are left enabled. We can securely communicate on a global scale, and can access uncensorable libraries of knowledge. I2P and Tor are this third option, allowing us to reap the benefits of the internet, without the cost of privacy.

Moreover, the agency of anonymizing networks permeates far deeper than a first world choice between power and privacy. In countries who’s oppressive governments not only heavily surveil the internet, but censor it, Tor and I2P are the tools of the dissident. They allow them to reach an outside world to express themselves and their situations, and to communicate and coordinate with each other, sans state-sanctioned goons knocking on their door in the morning. Cryptography applied to a network levels the playing field between those in power, and those who lack it. It is a technical pillar to modern democracy, and cultivates free thought, free expression, and free association.

It has been said that by building the internet we are building the nervous system of humanity. We cannot afford to build it incorrectly. Currently, clear-net systems concentrate power into the hands of those who already have it, and to continue to build them in this way is dangerous. I support anonymizing systems because I want the nervous system of our species to be designed in such as way that it cannot be used to make the mass of humanity the subject of the few. You as a citizen have an opportunity to help build this nervous system to provide a third option: agency without compromise. Take it.